Home » Products » The Two Towers (The Lord of the Rings, Book 2) 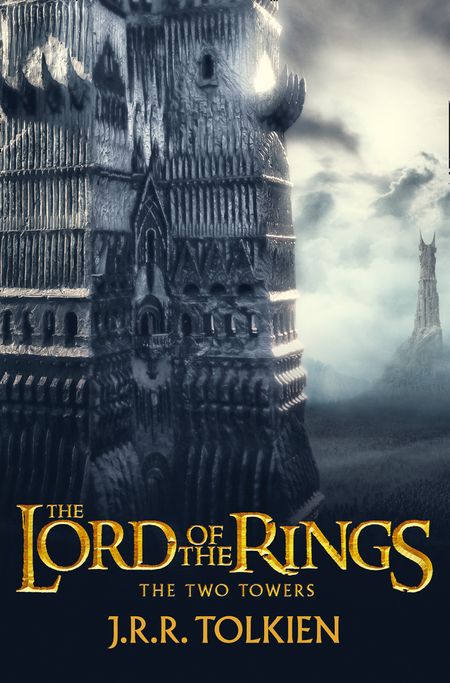 Building on the story begun in The Hobbit and The Fellowship of the Ring, this is the second part of Tolkien’s epic masterpiece, The Lord of the Rings, featuring an exclusive cover image from the film, the definitive text, and a detailed map of Middle-earth.

Frodo and the Companions of the Ring have been beset by danger during their quest to prevent the Ruling Ring from falling into the hands of the Dark Lord by destroying it in the Cracks of Doom. They have lost the wizard, Gandalf, in the battle with an evil spirit in the Mines of Moria; and at the Falls of Rauros, Boromir, seduced by the power of the Ring, tried to seize it by force. While Frodo and Sam made their escape the rest of the company were attacked by Orcs.

Now they continue their journey alone down the great River Anduin – alone, that is, save for the mysterious creeping figure that follows wherever they go.

To celebrate the release of the first of Peter Jackson’s two-part film adaptation of The Hobbit, THE HOBBIT: AN UNEXPECTED JOURNEY, this second part of The Lord of the Rings is available for a limited time with an exclusive cover image from Peter Jackson’s award-winning trilogy.