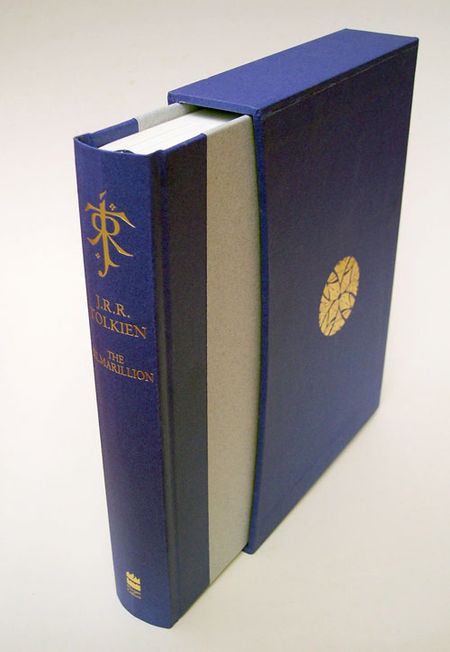 To celebrate the 30th anniversary of first publication, a new de luxe edition of The Silmarillion, featuring the revised, reset text, a colour frontispiece illustration, bound in special materials and presented in a matching slipcase.

For the first time, we are publishing a deluxe edition of this pivotal work, featuring the revised, corrected text and including, by way of an introduction, a fascinating letter written by Tolkien in 1951 in which he gives a full explanation of how he conceived the early Ages of Middle-earth. Quarter-bound, and set in a matching slipcase, this attractive edition will prove a fine addition to any Tolkien collection.