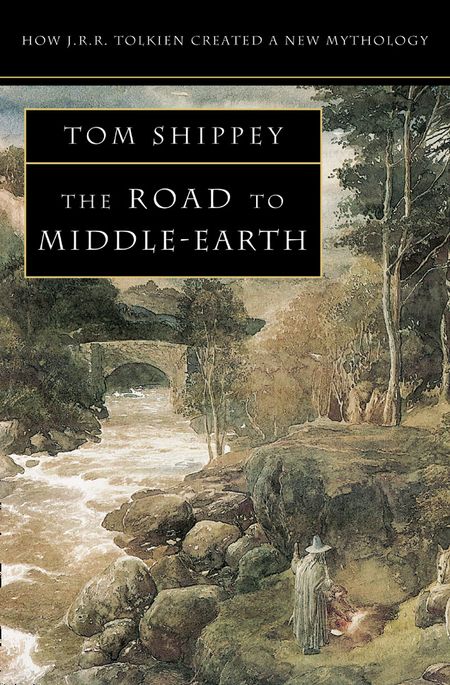 The definitive guide to the origin of J.R.R. Tolkien’s books, from The Hobbit to The History of Middle-earth series – includes unpublished Tolkien extracts and poetry.

The Road to Middle-Earth is a fascinating and accessible exploration of J.R.R.Tolkien’s creativity and the sources of his inspiration. Tom Shippey shows in detail how Tolkien’s professional background led him to write The Hobbit and how he created a work of timeless charm for millions of readers. He discusses the contribution of The Silmarillion and Unfinished Tales to Tolkien’s great myth-cycle, showing how Tolkien’s more ‘complex’ works can be read enjoyably and seriously by readers of his earlier books, and goes on to examine the remarkable 12-volume History of Middle-earth by Tolkien’s son and literary heir Christopher Tolkien, which traces the creative and technical processes through which Middle-earth evolved. The core of the book, however, concentrates on The Lord of the Rings as a linguistic and cultural map, as a twisted web of a story, and as a response to the inner meaning of myth and poetry.

By following the routes of Tolkien’s own obsessions – the poetry of languages and myth – The Road to Middle-earth shows how Beowulf, The Lord of the Rings, Grimm’s Fairy Tales, the Elder Edda and many other works form part of a live and continuing tradition of literature. It takes issue with many basic premises of orthodox criticism and offers a new approach to Tolkien, to fantasy, and to the importance of language in literature.

This new edition is revised and expanded, and includes a previously unpublished lengthy analysis of Peter Jackson’s film adaptations and their effect on Tolkien’s work.