Home » Products » The Return of the King (The Lord of the Rings, Book 3) 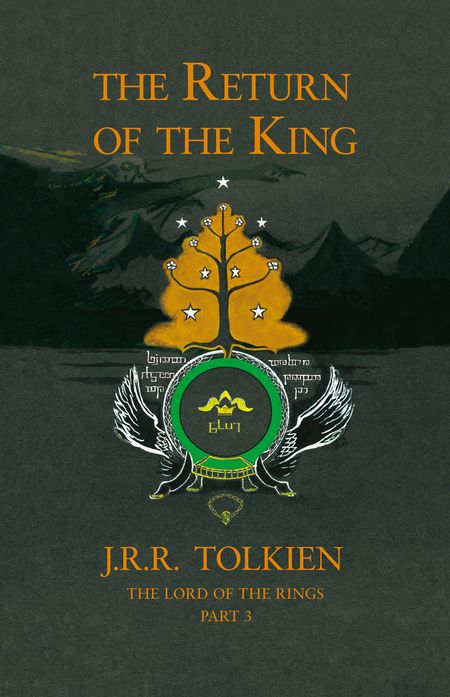 Classic hardback edition of the third volume of The Lord of the Rings, now featuring Tolkien’s original unused dust-jacket design. Includes special packaging and the definitive edition of the text, with fold-out maps.

The Companions of the Ring have become involved in separate adventures as the quest continues. Aragorn, revealed as the hidden heir of the ancient Kings of the West, joined with the Riders of Rohan against the forces of Isengard, and took part in the desperate victory of the Hornburg. Merry and Pippin, captured by orcs, escaped into Fangorn Forest and there encountered the Ents.

Gandalf returned, miraculously, and defeated the evil wizard, Saruman. Meanwhile, Sam and Frodo progressed towards Mordor to destroy the Ring, accompanied by Sméagol – Gollum, still obsessed by his ‘preciouss’. After a battle with the giant spider, Shelob, Sam left his master for dead; but Frodo is still alive – in the hands of the orcs. And all the time the armies of the Dark Lord are massing.

This classic hardback features Tolkien’s original unused dust-jacket design, and its text has been fully restored with almost 400 corrections – with the full co-operation of Christopher Tolkien – making it the definitive version, and as close as possible to the version that J.R.R. Tolkien intended. Also included are the original red and black maps as fold-out sheets, and – for the first time – a fully revised and enlarged index.