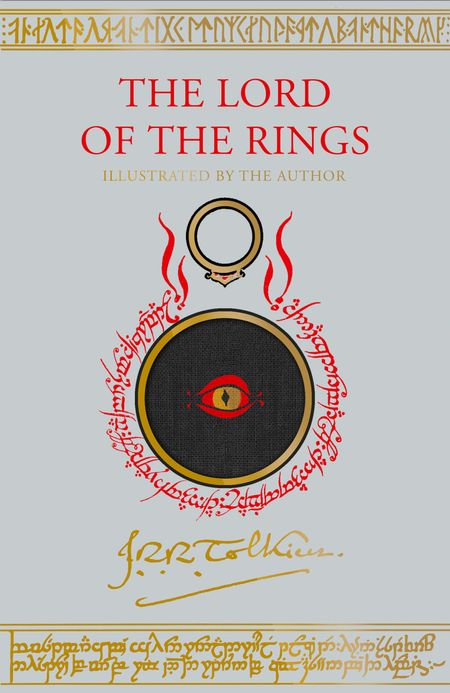 For the first time ever, a very special edition of the classic masterpiece, illustrated throughout in colour by the author himself and with the complete text printed in two colours.

Since it was first published in 1954, The Lord of the Rings has been a book people have treasured. Steeped in unrivalled magic and otherworldliness, its sweeping fantasy and epic adventure has touched the hearts of young and old alike. Over 150 million copies of its many editions have been sold around the world, and occasional collectors’ editions become prized and valuable items of publishing.

This one-volume hardback edition contains the complete text, fully corrected and reset, which is printed in red and black and features, for the very first time, thirty colour illustrations, maps and sketches drawn by Tolkien himself as he composed this epic work. These include the pages from the Book of Mazarbul, marvellous facsimiles created by Tolkien to accompany the famous ‘Bridge of Khazad-dum’ chapter. Also appearing are two removable fold-out maps drawn by Christopher Tolkien revealing all the detail of Middle-earth.

Sympathetically packaged to reflect the classic look of the first edition, this new edition of the bestselling hardback will prove irresistible to collectors and new fans alike.