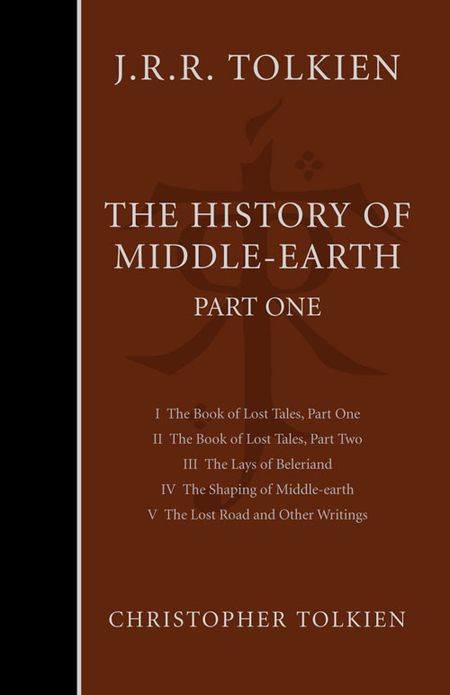 A new one-volume hardback edition of the first five books in The History of Middle-earth.

J.R.R. Tolkien is famous the world over for his unique literary creation, exemplified in The Hobbit, The Lord of the Rings and The Silmarillion. What is less well known, however, is that he also produced a vast amount of further material that greatly expands upon the mythology and numerous stories of Middle-earth, and which gives added life to the thousand-year war between the Elves and the evil spirit Morgoth, and his terrifying lieutenant, Sauron.

It was to this enormous task of literary construction that his Tolkien’s youngest son and literary heir, Christopher, applied himself to produce the monumental and endlessly fascinating series of 12 books, The History of Middle-earth.

This brand new hardback edition brings together the first five volumes of The History of Middle-earth – The Book of Lost Tales Parts 1 and 2, The Lays of Beleriand, The Shaping of Middle-earth and The Lost Road – into one volume.

Epic in scope and extent, and featuring rare maps and illustrations drawn by J.R.R. Tolkien, this first standard hardback volume of a planned trilogy will present the reader with a unique opportunity to own the entire History of Middle-earth in three large but sensibly priced volumes.