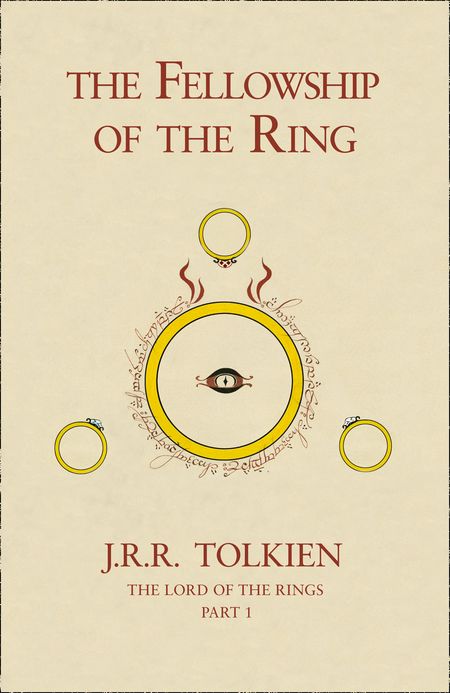 Classic hardback edition of the first volume of The Lord of the Rings, featuring Tolkien’s original unused dust-jacket design. Includes special packaging and the definitive edition of the text with fold-out map and colour plate section.

This classic hardback features Tolkien’s original unused dust-jacket design, and its text has been fully restored with almost 400 corrections – with the full co-operation of Christopher Tolkien – making it the definitive version, and as close as possible to the version that J.R.R. Tolkien intended. Also included is the original red and black map of the Shire and – for the first time – a special plate section containing the pages from the Book of Mazarbul.