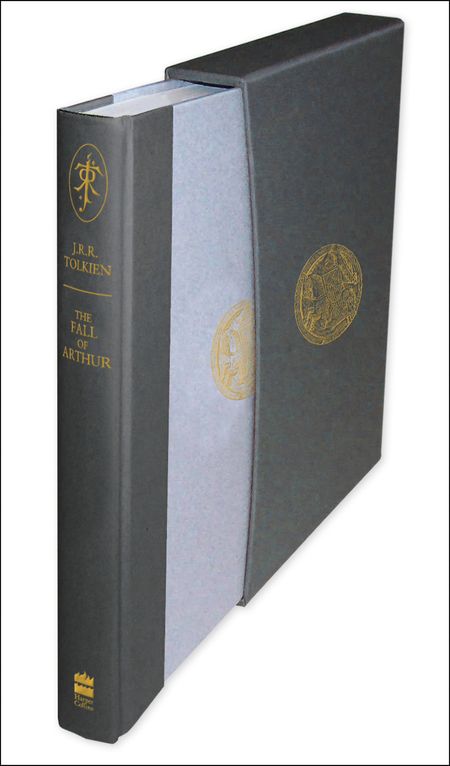 Deluxe collector’s edition featuring the first edition text and containing a facsimile page of Tolkien’s original manuscript. The book is quarterbound with a gold motif stamped on the front board and is presented in a matching slipcase.