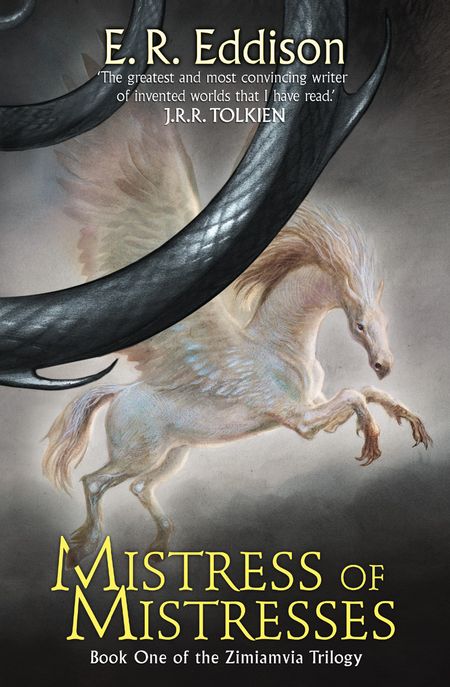 The first volume in the classic epic trilogy of parallel worlds, admired by Tolkien and the great prototype for The Lord of the Rings and modern fantasy fiction.

According to legend, the Gates of Zimiamvia lead to a land ‘that no mortal foot may tread, but that souls of the dead that were great upon earth do inhabit.’ Here they forever live, love, do battle, and even die again.

Edward Lessingham – artist, poet, king of men and lover of women – is dead. But from Aphrodite herself, the Mistress of Mistresses, he has earned the promise to live again with the gods in Zimiamvia in return for her own perilous future favours.

This sequel to The Worm Ouroboros recounts the story of Lessingham’s first day in this strange Valhalla, where a lifetime is a day and where – among enemies, enchantments, guile and triumph – his destiny can be rewritten.