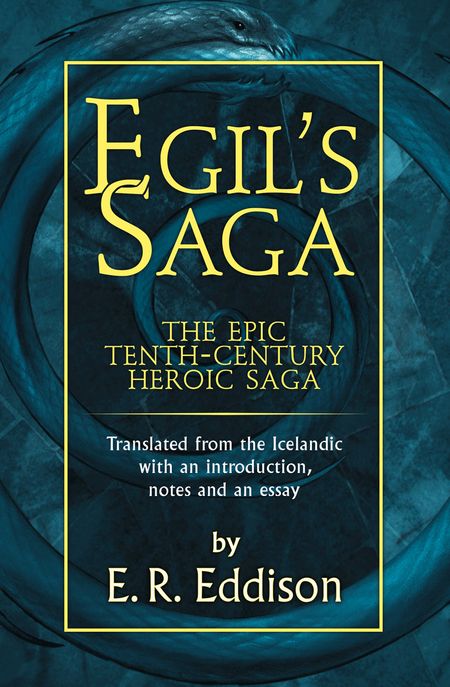 Egil’s Saga is the 10th-century Nordic equivalent of The Iliad and The Odyssey. Translated from the Icelandic withan introduction, notes and an essay, this is the first time Eddison’s version of this epic heroic saga has been published in paperback.

The saga of Egil, son of Grim the Bald, tells the exciting tale of a medieval warrior-poet and his many Viking adventures. Challenged by his ugly appearance and haunted by rumours that his grandfather was a werewolf, Egil devotes himself to Odin, god of kings, warriors and poets, and determines to avenge his father’s exile from Norway. With action ranging across Iceland and Scandinavia down to Scotland and England, Egil’s thrilling encounters include kings, sorcerers, berserkers and outlaws, as the story follows his transformation from youthful savagery to mature wisdom.

Sometimes considered the greatest of the Icelandic sagas, Egil’s Saga is the 10th-century Nordic equivalent of The Iliad and The Odyssey. Eddison’s acclaimed translation, published in 1930, has been long unavailable, and demonstrates the author’s amazing capacity for evocative and erudite language. It reflects the swift dramatic terseness and vivid character-drawing which made the saga style in prose narrative such an enduring model for modern historical and fantasy literature, and his meticulous translation includes elaborate notes and annotations.